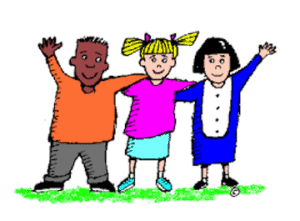 It’s the regard for an individual’s value or capacity.  It’s an act of giving consideration to others.  It’s the feeling of individual worth that you relate to somebody through your actions and words.   I think about this often in my work in schools.  In what ways do the adults on campus show respect for the students and for each other?

Respect is not tangible.  It can’t be seen, nor heard, nor touched.  But it definitely can be felt.  It can be felt in the way a person listens to and affirms others.  It can be felt through caring, kindness, politeness, and thankfulness shown to others.

In a school setting showing respect is one of the more important “lessons”.  It’s taught through actual instruction on how to listen, and be kind to others, but more importantly it’s cultivated through the actions of the adults on campus.  Remember the old sayings “children learn more by what you do than what you say”, or “actions speak louder than words”.  And as W. E. B. DuBois said, “Children learn more from what you ARE than what you TEACH.”  When we take heed of these sayings, which are more than just maxims, they become words to live by, words that we can take to heart and think about every day we’re around students.  If we say to ourselves, “what message am I sending to students by what I’m doing” it prompts us to pay closer attention to our words and actions.

Respect permeates the halls of a school.  Weaving its way into the fabric of the school culture.  The behavior of the adults at a school has a direct impact on the environment at that site, it can knit a culture of honesty, openness, and respect or produce a culture of mistrust and working in silos.  Everyone on campus has a responsibility to show respect for others, whether it’s for teachers, parents, or students by the principal, for students by the teachers, or for students by each other.  It starts from the top and trickles its way down.  Using a political term, we could call it “trickle down respect”.

Respecting students makes me think of a situation with Eddie, a spunky, wiry, third grader whose mouth never got a rest.  One day he was in trouble on the playground for pushing another student so hard it caused him to fall into a tree and cut his lip.  Eddie was sent to the office, reprimanded because of his aggressive behavior, and told to spend the rest of the afternoon writing an apology.   The other boy was treated for his wound and sent back to class.

When I returned from a meeting our office manager pulled me aside to tell me what happened. I saw Eddie sitting there on the bench, head down, balancing a blank piece of paper and pencil on his lap.  He looked up at me and then lowered his head. I told him to go into my office and sit down at the table to write his apology.  I had gotten to know him through our many visits together, well enough to know that he wouldn’t have pushed another student around unless he had a very good reason.  Eddie was impulsive but he was a caring kid.  Before I talked with him, I needed to locate the yard duty supervisor to see what happened.  I found her on the yard and asked her why Eddie pushed the other boy.

“I don’t know why he did this,” she shot back.  “You know him, he’s so impulsive, he just does these things.”

“Did you ask him why he pushed Jason?”

“No, it all happened so fast, and I was concerned with getting help for Jason.”

After hearing from her what occurred, I realized she hadn’t taken the time to ask Eddie for his side of the story.  In her frustration to help Jason she hadn’t shown respect for Eddie.  I went down to his classroom.  I wanted to talk with his teacher to see if she’d heard anything more about the incident.

“I was just about to call you about Eddie” she said.   “Some of the kids told me that the reason he pushed Jason was because Jason was sitting on Tracey and wouldn’t get off her. She was yelling that he was hurting her, but he wouldn’t move, so that’s why Eddie pushed him, to get him off her.”

“Hmmm, that makes sense, not that its right,  but I knew there had to be a reason.”

“I know,” she responded.  “Eddie’s impulsive, but he’s a good kid and doesn’t get physical with others for no reason.”

I returned to my office to talk with Eddie.  I told him what I’d heard and asked him if the story was true.

“Yes,” he responded.  “Jason was hurting her, that’s why I pushed him.”

We talked about how he could have handled the situation differently.  Did he know why Jason was sitting on Tracey?  Could he have talked with Jason?  Could he have asked the adult on yard duty for help?

It’s a constant training, helping students learn how to handle their frustrations in a manner respectful to others.  Kind of like continually reinforcing the Golden Rule in action.  When we treat others like we would like to be treated we help them show consideration and respect for others.

“Respect people’s feelings.  Even if it doesn’t mean anything to you, it could mean everything to them.” 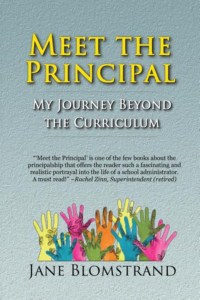